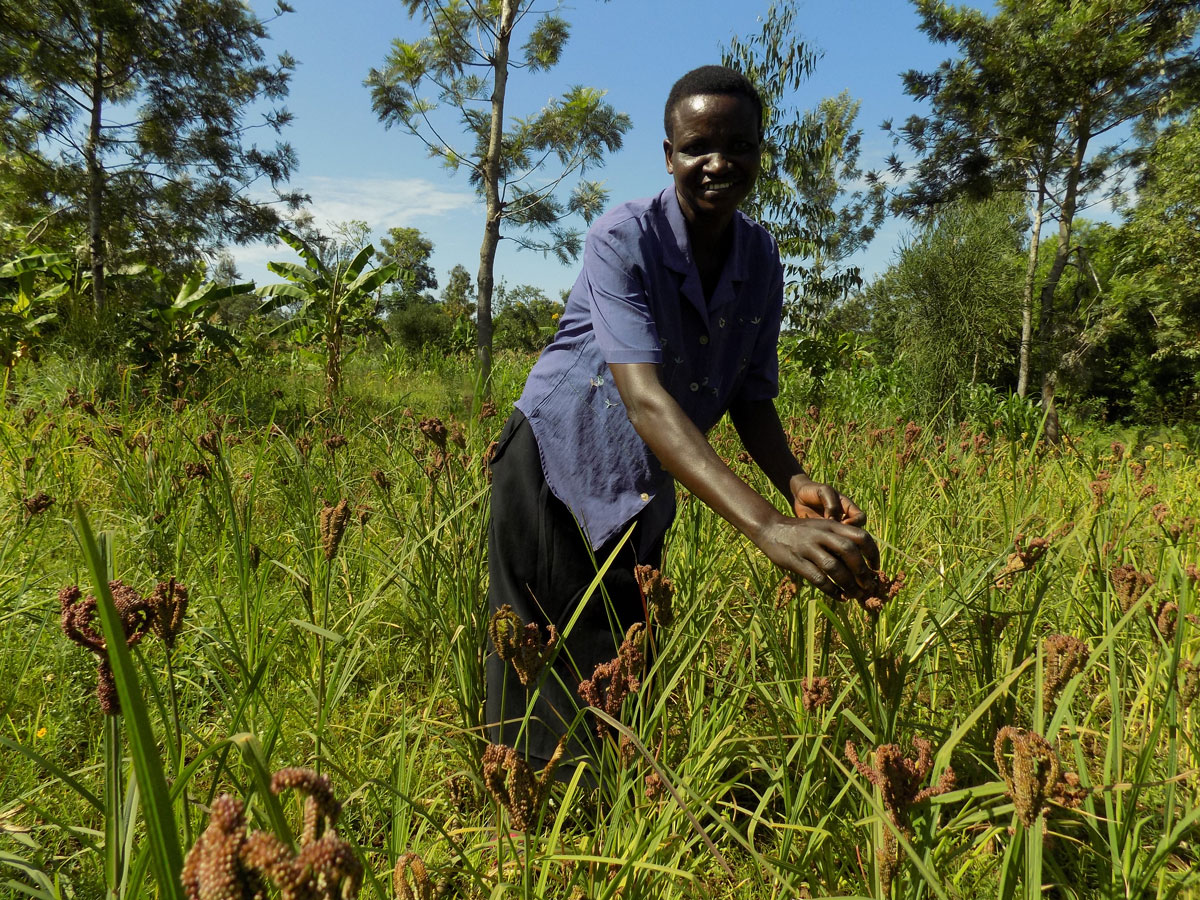 Farmers reflect on sorghum and finger millet trials in Uganda

New sorghum and finger millet demonstration sites in the Tororo district of Uganda are providing training to smallholder farmers on agronomic practices from timely weeding to the documentation of crop cycles. Researchers seek to build connections with farmers and communities, and in the long-term, improve rates of technology adoption by these end users.

The sites are hosted by the National Semi-Arid Resources Research Institute (NaSARRI), farmers groups, and the Center of Innovation for Finger Millet and Sorghum (CIFMS) in four sub-counties: Atepai, Akadot, Musukire and Osukuru.

Rita Ochwo of the Silwany-kirumi group in Rubongi sub-county said that they planted sorghum late, however, they have observed good yields due to the fact that the seed is high yielding, early maturing, resistant to pests and diseases and there hopping to plant early next season for more yields.

“I planted very little seed (a half handful) of finger millet in my garden, but I am expecting to harvest two basins or more, which implies that improved varieties are much better than the local ones,’’ Rita added.

Rita argued that before being introduced to improved variety, they used to waste seed and that the yield was too small compared to what she has observed. “NaSARRI has really done good work for us because they didn’t stop at giving us seed — they also trained us on agronomic practices and record keeping. In future we hope to be good seed producers,” she explained.

Simon Peter of Abwangete investment group of Osukuru sub county said that planting in line is so advantageous because it makes weeding very easy. It saves seed, time and money and also makes it easier to monitor the field and to harvest.

Godfrey from the same group selected a sorghum seed and planted it around his home. He was amazed by its yield, big sorghum heads. The only challenge was that birds liked it so much.

The positive feedback from the farmers shows great promise for new varieties being developed by CIFMS. “Building long-term relationships with farmers and other stakeholders is a central component of the plant breeding process,” said Scovia Adikini, principal investigator of CIFMS. “We are hopeful these relationships and training opportunities will improve adoption rates of new sorghum and finger millet varieties that we are adopting.” These varieties hold the potential to improve food security and standards of living for smallholder farmers and their families, Adikini added.