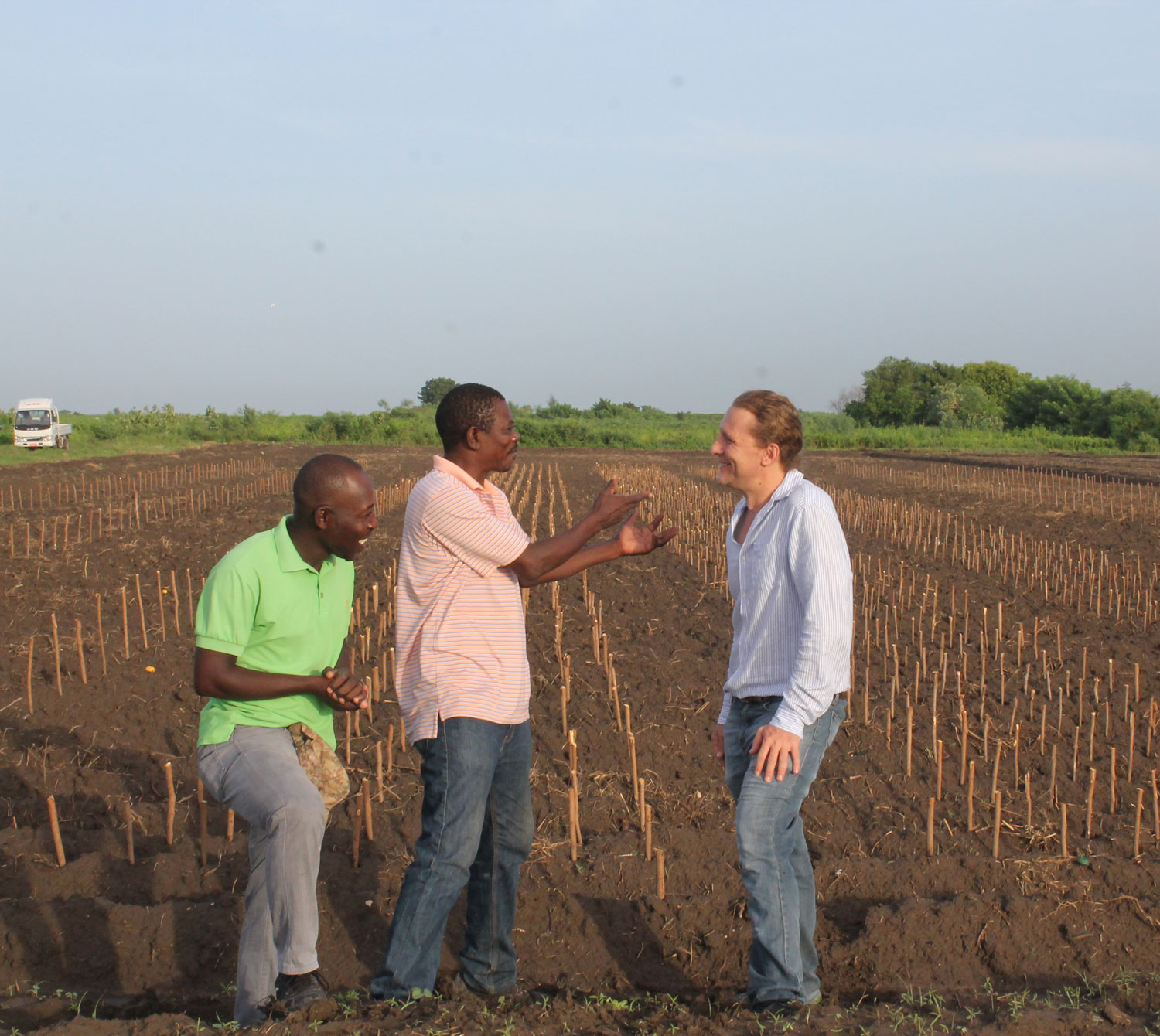 Pressoir currently serves as the Dean for the Faculty of Agricultural and Environmental Sciences (FSAE) at Quisqueya University and senior scientist of the Chibas Foundation (Haitian Center for Innovation in Biotechnology and Sustainable Agriculture) in Port-au-Prince, Haiti. He is a Haitian national trained as a sorghum breeder and applied plant geneticist with the French Research Institute for Development (IRD), CIMMYT, and Cornell University, where he co-first-authored and developed one of the most widely methods used in association mapping (Yu, Pressoir et al. 2005, Nature genetics, 38(2), 203-208).

Pressoir continues to rapidly diversify and expand FSAE’s position as the leading agricultural research innovation hub in Haiti. Recent awards from the Haitian Ministry of Natural Resources, Agriculture, and Rural Development (supported by the Interamerican Development Bank) and the W.K. Kellogg Foundation will facilitate a doubling of FSAE research faculty members at Quisqueya in the 2020-2021 academic term. His research team currently collaborates with crop scientists around the world, including partnerships with CIAT, CIP, CIRAD, Cornell University, Kansas State University, Laval University, and the School of Agriculture of Montpellier.

Starting his sorghum breeding program in 2010, he began selection for an aphid-resistant sorghum cultivar.  Therefore, he was able to immediately respond, in 2015, when the sugarcane aphid was introduced to Haiti. Less than 10 years old, this sorghum program’s impact has already made considerable contributions to the productivity of Haitian agriculture. Pressoir responded by releasing the aphid-resistant variety, Papèpichon, in 2017, currently estimated to be 90% of Haiti’s current sorghum acreage.  Three new cultivars—Baton Moyiz, 2kabès, and Tinen-2—were released in 2019 and 2020 to respond to regional farmer preferences and diversify the sorghum product profiles available for Haitian growers. The sugarcane aphid introduction cut Haiti’s national sorghum production down from over 100,000 metric tons a year in 2014 to an estimated productivity nadir of only 14,000 metric tons in 2017.  With the introduction of Papèpichon in late 2017, Haitian sorghum production has been steadily recovering and has multiplied five-fold to 70% of pre-infestation levels.