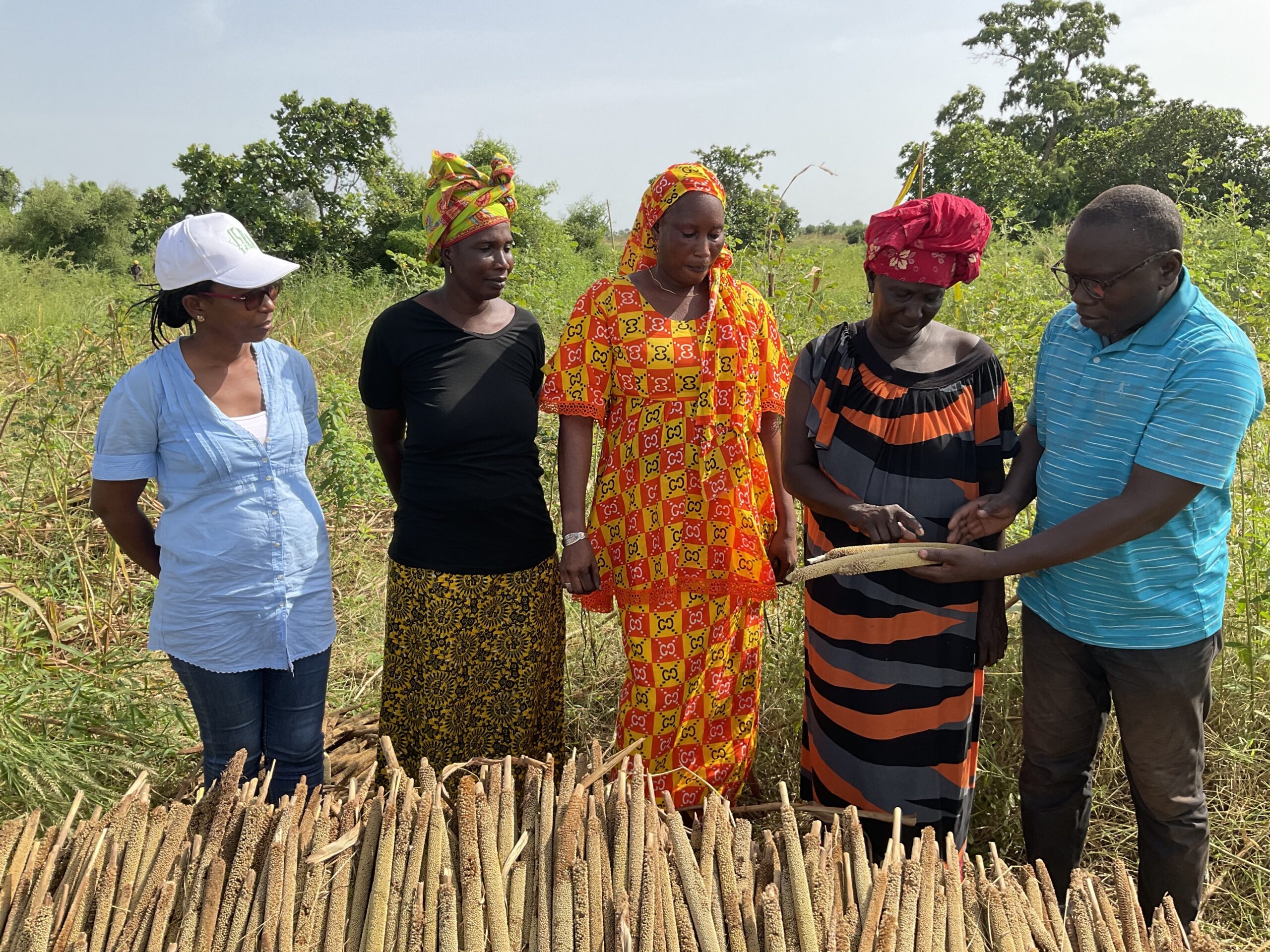 Seed systems sustainability in West Africa: For producers, by producers

By Innovation Lab November 17, 2021 No Comments

For national breeding programs to successfully develop new crop varieties, plant breeders must involve numerous and diverse stakeholders. This process, while essential, often leads to silos in discussion. Finding innovative ways to include all voices in the process is key to developing varieties that meet the needs of farmers, consumers, policymakers and more.

While strategies such as focus groups, surveys and planting trials play a central role in value chain analyses, breeders in Senegal are opening the framework even wider to centralize the role of producers. By adapting and scaling up existing infrastructure, breeders in West Africa can capitalize on vast network of producers that can ensure producers’ active participation, dissemination of new sorghum, pearl millet and cowpea varieties.

Crop Innovation in West Africa, a Center of Innovation based in Senegal from the Feed the Future Innovation Lab for Crop Improvement, is scaling up the Rural Multiservice Network (Les Pôles Multi-Services Paysans in French, or PMP for short) to better involve producers in the breeding process. In doing so, CIWA seeks to contribute to the sustainability of the PMP organizational model while prioritizing adoption and scaling of new varieties by producers and for producers.

The benefits of this partnership are twofold: CIWA incorporates the ongoing feedback from farmers who have planted the varieties in test fields right into its research, and PMP members have improved access to new varieties.

This process is key to enabling swift technology adoption prior to the wide-scale release and distribution of a new variety.

”With this existing PMP model, our objective to empower farmers in sustainable seed systems will grow. The network promotes income-generating agricultural production within an inclusive breeding process.

The PMP framework was originally created as part of the Millet Business Services Project in three regions of Senegal — Kaffrine, Kaolack and Fatick. These PMPs aimed to create a framework for exchange that facilitated relations between the actors of the millet value chain. It confronted the challenges of supply and access to agricultural services and sought to empower actors through the professionalization and the creation of sustainable jobs.

Given its success, the lead institution of CIWA, ISRA-CERAAS, signed a memorandum of understanding to work with the PMPs in order to popularize new improved varieties of millet as part of the Feed the Future Sorghum and Millet Innovation Lab (SMIL). Each PMP identified four leading producers to test new varieties and showcase those varieties to other farmers from the municipality.

Unanimously, the four millet producers appreciated the new varieties and are committed to renewing them next season on a larger scale. Kane attributed the success of these new introductions in rural areas in part to the input gathered by producers early in the process. Producers favored early-developing varieties to compensate for the shortening of the rainy season, high yield thanks to strong tillering and well-supplied ears, and the potential to use as fodder for livestock as the foliage remains green when ripe.

In scaling up the PMP, CIWA seeks to echo past success that ISRA-CERAAS had with millet producers. Marème Niang Belko, co-principal investigator of CIWA and gender expert at ISRA-CERAAS, said the the PMP model offers a rather unique opportunity to be able to directly target women producers and to formulate specific solutions to their needs.

”The inclusion of women is an important component of Innovation Labs. This approach to involve women producers takes into account gender and the issue of entrepreneurship, especially amongst young people.

This article was written by Kim Ndiaye Fall is a communications associate at ISRA-CERAAS and translated/edited by Kelly Merchan, communications specialist at ILCI/Cornell Global Development.